I’m running for the U.S. Senate because Leadership Matters.

We need to focus

Get Paulette for Senate campaign updates first – subscribe below.

Chip in to support Paulette

Click on an option to get started. If you've saved your payment information with ActBlue Express, your donation will go through immediately.

Our healthcare system leaves us out in the cold and quite literally left to die. It’s time to think differently and demand change.

It’s time to wake up and realize that Idaho farmers are suffering, and without better foreign policy, they stand to lose everything.

Every penny of government spending matters. We have an obligation to spend your tax dollars wisely.

Democratic U.S. Senate candidate Paulette Jordan’s first television ad of the election will be on…
Read More
September 28, 2020 in News

Paulette Jordan: I aim to protect humanity and the environment

It’s time to prioritize people over politics.
Paulette's brand of leadership does not pledge loyalty to any party because she puts the people first.

That is the only way to reduce the partisan gridlock, eliminate corporate interest breaks, and create policy which focuses on the reasons our government was created - to ensure our society has access to prosperity via quality healthcare, education, infrastructure, transportation, commerce, energy and protection of our natural resources.

PAULETTE ON THE ISSUES

@electpaulette @SenatorRisch How did Risch make that much money as a public servant?

I voted for @electpaulette , our Next Senator!!

. @SenatorRisch caters to corporations, not people. When I take his seat in the U.S. Senate, I will be a voice for all Idahoans. 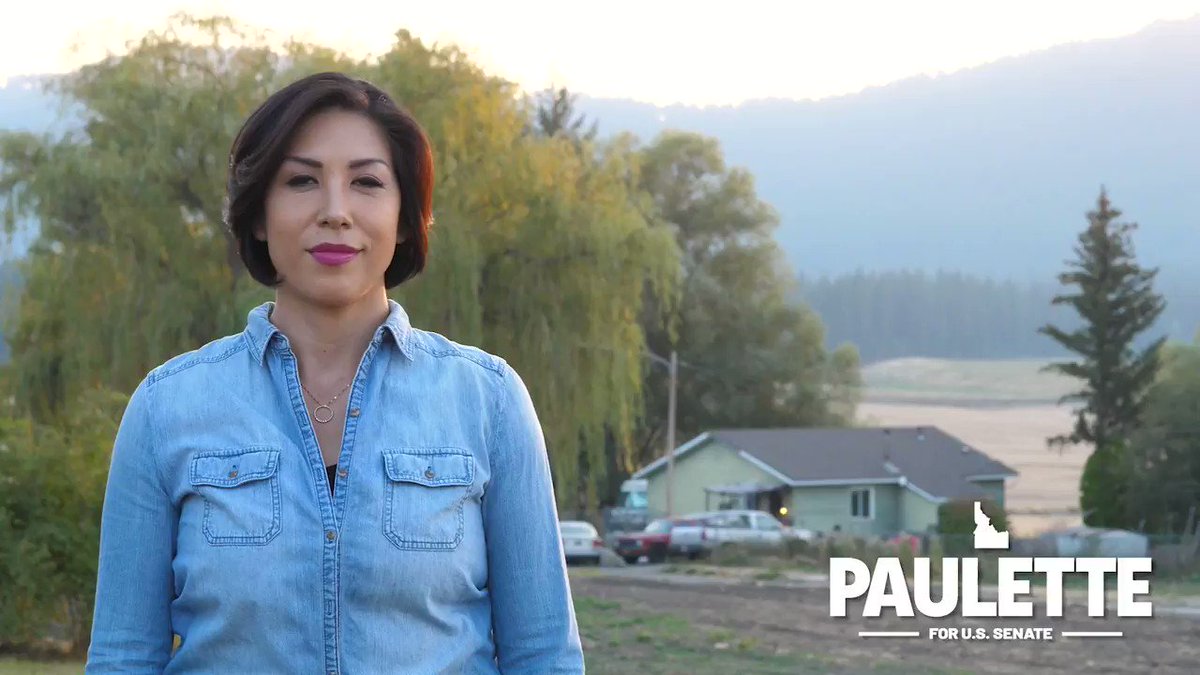 Sign up and help get Paulette to the U.S. Senate

Leadership for Every Idahoan

Over the past several years, I've had the opportunity to listen to thousands of Idahoans. Above all, what I've learned is that Idaho is in need of new leadership.

As a student studying Sustainable Communities and Economies, I have come to understand how corporations influence nearly every facet of our lives. With past elections raising suspicions of foreign influence, we need honest leaders who are transparent about their donors now more than ever. I have decided to volunteer with Paulette Jordan’s campaign for U.S. Senate, because I believe she is a leader of integrity and virtue.

we can change Idaho together

PAID FOR BY PAULETTE FOR SENATE 2020

The Online Absentee Ballot Request Form is officially live at IdahoVotes.gov. Request yours today for the November election →